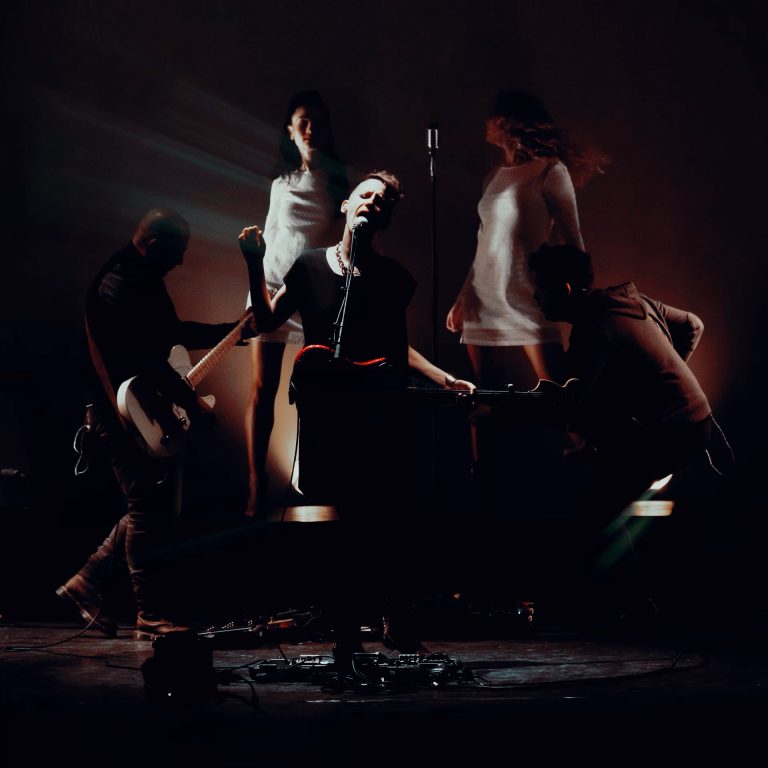 Formed in 2018 with big ambitions and aspirations, Deleo was founded by Denis Navarro in Montpellier, France. They always had their motive as “The Best is Yet To Be” and it really shows throughout the struggles they had to endure, from confinements to losing band members to the global pandemic. That motive later became the name of the band’s debut album as well. The band began as a duo when guitarist Denis met Eleonore, the singer, and that’s how they named Deleo, by mixing both their names together.

Denis Navarro was already a well-known composer for many alternative rock acts and has managed to evolve and grow to this day. Denis was already experienced in marketing and communication, and through sending demos to many agencies and recording facilities, he managed to land a deal with British producer James Sanger, credited with twenty Grammy Awards and the sale of nearly 70 million records, between U2 and Madonna, Roxy Music and the Pet Shop Boys, Dido and Annie Lennox, Phil Collins and Liam Gallagher.

Amazed by these talented Frenchies, Mr. Sang invited the group, which was by then a five-piece, to his studios in Normandy. Under his endorsement came the recording of several songs, including three impeccable singles: “Unfair”, “Mythomania” and “Going Home,” but then the project was abruptly stopped due to COVID. These circumstances forced Denis and what was left of the band to revert to being a three-piece with Emilie (ex Alone and Me) on vocals and Félicien on bass. Under the independent label My Own Records, the debut album, the giant of eleven tracks, “The Best Is Yet To Be”, is expected to be unveiled to the world sometime in late October. They have so far graced us with the beautiful and dark single “Satellite” from this album, which our team has already reviewed and loved.

Please enjoy our interview with Deleo below.

Thanks ! we are delighted that you like Satellite. This album was recorded at Ma Ferme studio in Sérignan in November and December 2021 under the direction of French producer Philippe Uminski and sound engineer Benjamin Bousquet. Philippe has worked with the greatest in France. He is most certainly the most gifted French producer of his generation and who knows English rock and pop the best! We got on really well, he knew how to understand each of the titles, and what we wanted and He brought us the sound and the arrangements that we were hoping for!

Thank you for joining us today, and I hope your debut album sees the light of day and garners the appeal and success that it truly deserves. I already have a feeling that only “The Best Is Yet To Be” for Deleo from now on.