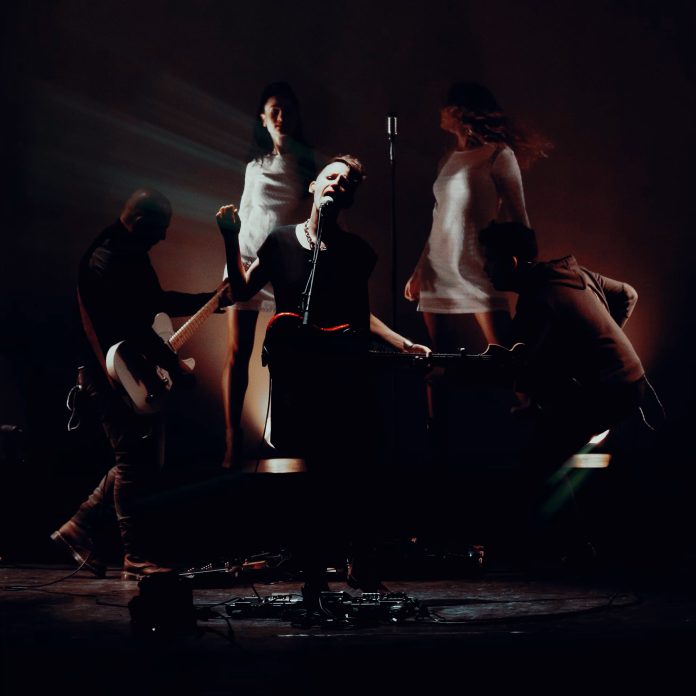 It always amazes me how goth/post-punk bands like Deleo are able to warp and mix up the arrangement of the constitutional rock elements into something dancy and catchy to the ears. This song in particular keeps the known genre nuances of being dark and mysterious as well. You won’t envision yourself dancing in a rave to “Satellite,” but rather to a vampire club in a UK suburb in the late 80s.

The song starts with a smooth, clean guitar chord progression that gives the impression that this will be a run-of-the-mill alternative rock track, but then an electronic drumbeat and synth elements pop in to give us that deep, dark feeling that’s infectiously catchy and made me feel a need to get up and dance. These guys have so much energy in the record that it makes me wonder how impactful their concerts would be if I ever got the chance to catch them live someday. From there on, the song alternates between these dark hooks and some calm sections with some occasional synth and backing vocals making undertones.

The song somehow feels fresh and listenable but at the same time extremely nostalgic and pays homage to goth veterans like The Cure and dancy synthpop giants Depeche Mode. If you suggested this track to a friend that likes modern pop music, I’m sure they won’t be able to tell the goth influences this track has, and if you played it at a goth club that exclusively plays EBM and Dark Synthpop, it won’t feel out of place. That’s just how strong the influences shine here. The song then closes the section with a beautiful stripped-down section just like the intro.

But don’t be misled by my words about influence, as there’s no doubt Deleo brings a ton of new and fresh ideas to the table, and it definitely feels like they’re introducing a beautifully reputable and well-established genre to our generation in a modern and likable way rather than just recycling ideas.